IFLR Most Innovative Law Firm of the Year 2019: Greece at the IFLR European Awards 2019

Bernitsas Law has won the prestigious Most Innovative Law Firm of the Year: Greece Award at the 20th International Financial Law Review Annual European Awards. The IFLR is the market-leading financial law publication for lawyers in financial institutions, corporates and private practice. Its annual Awards celebrate innovation, novelty and complexity – whether structural or regulatory.

The ceremony, held in London on Thursday 4th April, 2019, brought together some of the continent's best legal talent to celebrate 2018's most innovative cross-border European transactions and the teams that worked on them.

The IFLR said: “Bernitsas won the award due to its roles on key transactions of 2018 that will influence legal practice in a number of fields, in Greece and maybe elsewhere. The firm worked on three deals shortlisted for Europe's most innovative deal of the year: Eurobank Ergasias' share redemption; the creation of the servicing platform managed by doBank with an agreement between Alpha Bank, Eurobank, National Bank of Greece and Piraeus Bank; and the TAP project. These transactions all have first-of-their-kind elements and the first two represent significant milestones for the banking sector and the way NPLs can be managed. Both needed a completely new legal approach in order to be successfully completed. The firm also advised the EBRD on the Autohellas trade receivables securitisation, which is another innovative transaction in a dynamic area of law for Greece at the moment. The firm's presence on so many deals that were considered by the IFLR judges and were in contention for awards is notable.”

Panayotis Bernitsas, Managing Partner of the Firm, said: “We are greatly honoured to receive this Award in recognition of our work in the financial and corporate sectors. 2018 once again saw the Firm advising on complex and innovative transactions and matters. Bernitsas Law continues to hold a pre-eminent position in advising on legal issues which are fundamental to the Greek economy, such as the creation and development of a secondary market for Non-Performing Loans (NPLs), the recapitalization and restructuring of the Greek systemic banks in the context of the bank recovery and resolution legal framework and the further consolidation of the banking sector, new debt issuances and liability management exercises made by prominent domestic private issuers and major infrastructure projects. We are thrilled that the leading industry publication, International Financial Law Review, has recognised our achievements by way of this Award. We look forward to continuing to build on our strengths in 2020.” Bernitsas Law consistently enjoys top tier recognition in all the practice areas ranked by the IFLR 1000, the IFLR’s guide to the world’s leading financial and corporate law firms and lawyers.

A full list of winners can be found at IFLR Awards 2019. 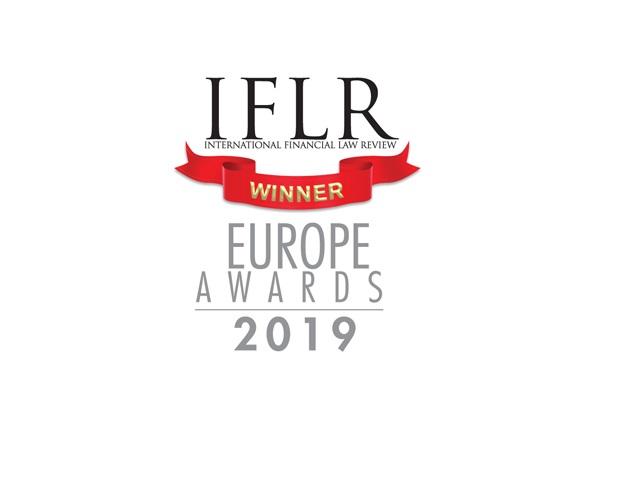 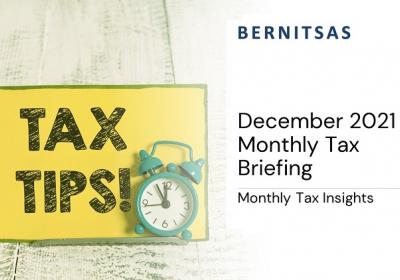 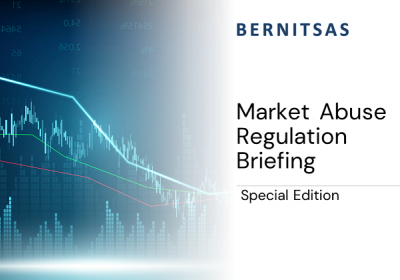 Our Market Abuse Regulation Brieﬁng Special Edition provides an overview of the European Securities and Markets Authority's (ESMA) updated guidelines on the delay of disclosure of insid [...] 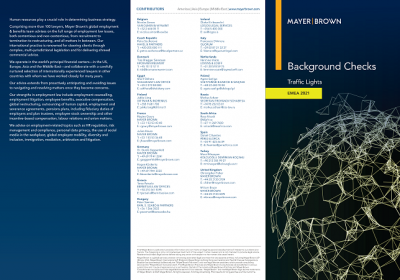